I suspect a lot. I’m so close to ditching everything I own and moving to a trailer in the desert. Here’s a great read in the NYT on living with less. I’d head to Santa Fe if I did. I fell in love with the place a few years ago and still toy with the idea of moving down there. I have so much crap I need to get rid of, I really need to simplify my life.

Yes, the dirt really is pink like that. In fact, this picture is a lot less pink than it is in real life.

I can hardly describe the sense of elation I felt while there. I drove over the Rio Grande River at one point and squealed like a child.  I’d heard the name so often in old westerns that it had taken on almost mythological proportions in my mind. Here are some shots I took in Bandelier National Monument, which is just outside Los Alamos (where the Los Alamos National Laboratory is located, and the Manhattan Project happened).

As I drove in the road wound past some smouldering, recently burned areas, some of which were flaring up. When I got to the kiosk to pay to enter the park I mentioned to the ranger there about the flames. He brushed it off, saying they had just done a controlled burn, and it would take awhile for everything to completely go out. Dubiously I accepted this and went on. Two weeks after I was there a major fire swept through that consumed the park and did some damage at the Lab. As I understand it, it was caused by still-smouldering embers from that controlled burn. Luckily I missed it. 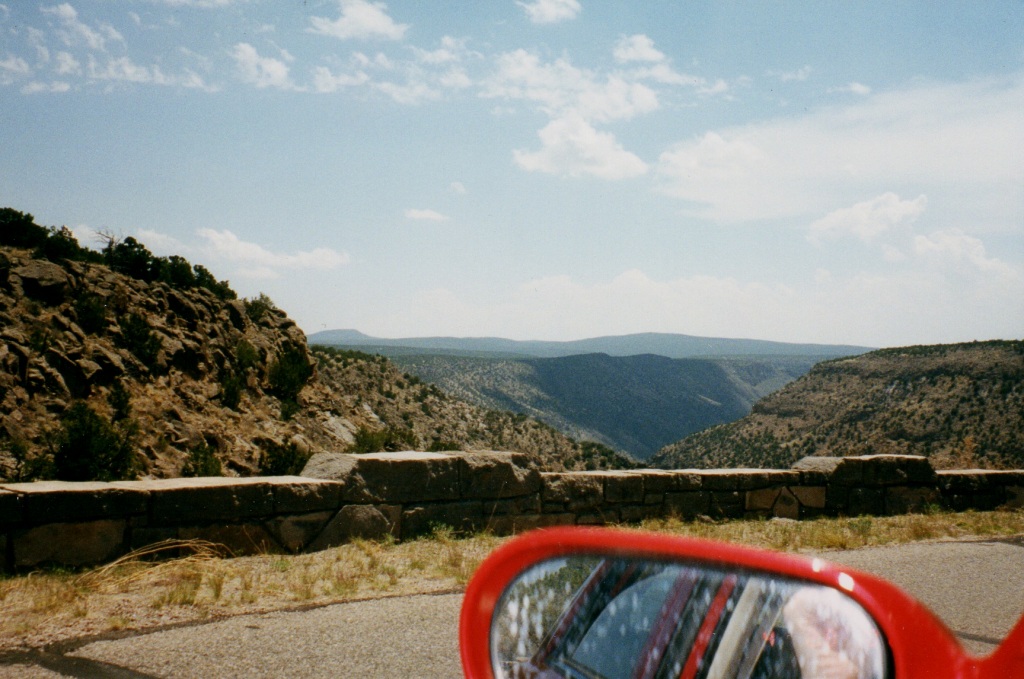 My penchant for taking photographs as I drove probably started here.

I parked here when I first got into the park. I had the place to myself for awhile, and just sat on a rock listening to the breeze, sunning myself like a lizard. Then a couple other cars came so I went on. 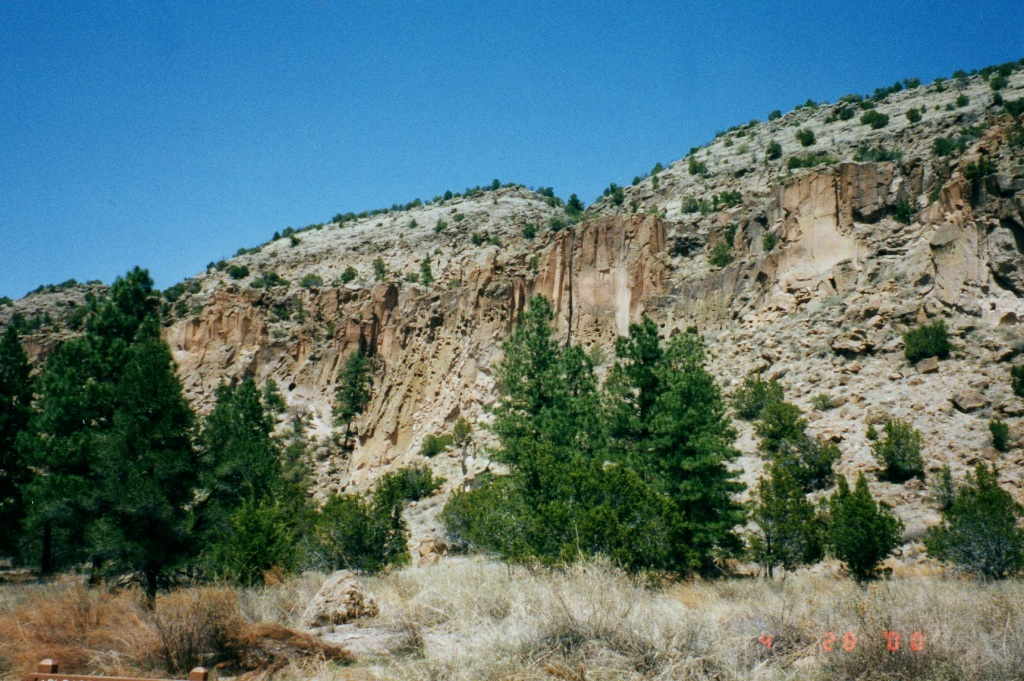 Santa Fe is high desert, elevation 7,260 feet, so it’s not like Death Valley. There’s a lot of vegetation here, birds in the trees. There was a stream just behind where this was taken, I think. They also get a fair amount of snow in the winter. 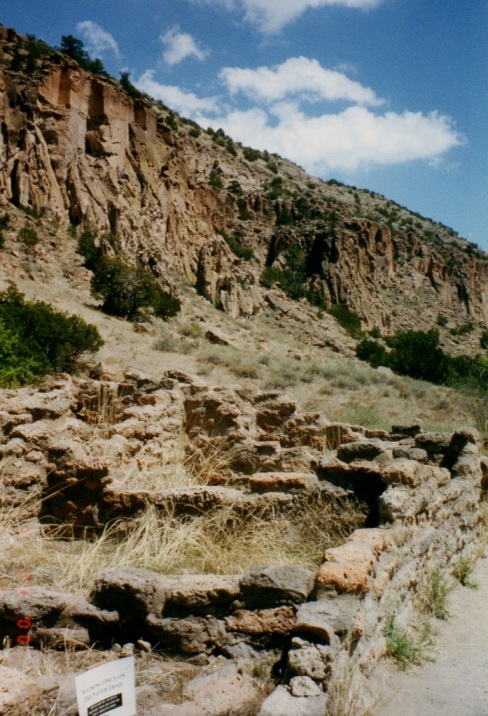 Some of the ruins of a ceremonial area. 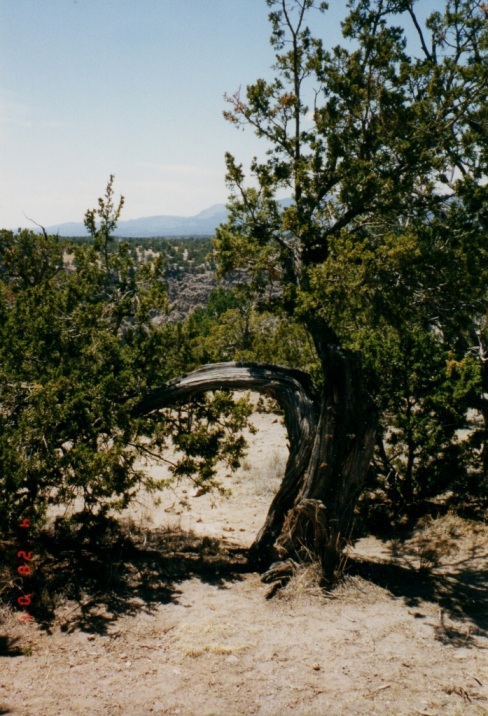 Top photo is a kiva, a ceremonial a ceremonial cave, built way up in the cliff wall. Seriously, it was 140′ up wooden ladders to get to it. I wasn’t really prepared for hiking that day, I was in sandals, carrying a purse, but by god I was going up. I had no idea when I might ever be back there so I did it. I felt the elevation difference, though, it was tough going for someone accustomed to life at sea-level. The view from up there is quite breathtaking, and well worth the climb.  (these last two photos are actually postcards, I don’t know where my photos are that I took from up there). It’s nice to be reminded what blue sky looks like.

If I could find a way to support myself there I would have moved down years ago. And I’d get to use my telescope, which I hardly ever do here in rainy Oregon.

12 thoughts on “How Much Can You Do Without?”