The Eloi were, of course, the child-like, cattle-like race of humans in H. G. Wells’ “The Time Machine.” They didn’t do anything except sit around in the sun, eat the food and wear the clothes provided to them by mysterious means without even wondering where they came from. They were used as food by the Morlocks, a debased, deformed branch of humanity who dwelled underground and still ran the machines.

Sometimes it amazes me the things ancient people figured out how to do.

Who figured out that putting the seeds in the ground would result in a plant later on?

Who thought up shoes?

Or how to make glass?

We have it so easy now. Most of the heavy lifting was done for us millennia ago. Sure, researchers are still finding cures for diseases, new medications, but who figured out way back when that willow bark tea was good for headaches, or that putting spiderwebs on a cut could stop bleeding? They didn’t have universities to study at and huge libraries or textbooks at their disposal to look these things up. We’re just building on what those nameless, faceless people of yesteryear were clever enough to discover on their own.

Take for instance these traditional Sami reindeer boots. Ok, by the time these were invented people had probably been wearing something on their feet for awhile. But as Thor points out:

Bellingskaller have soles with two leather pieces where the hairs are facing each other so that one does not slip so easily.

Brilliant. These days, we have heavy-duty winter boots with cleats in them for that purpose, or you can get the kind that attach over any shoes or boots, like tire chains for shoes.

Look at how much time we spend playing games. People devote hours of their daily lives to playing computer games, sports, or any of a thousand other things that have no purpose. Recreation. Leisure. Downtime. Vacation. We’ve evolved to be able to include these things in our lives since most of our basic needs – food, shelter, clothing – are taken care of (at least for most of us). Daily life is not a struggle to track herds of wild aurochs across the open plain to find food for the tribe. 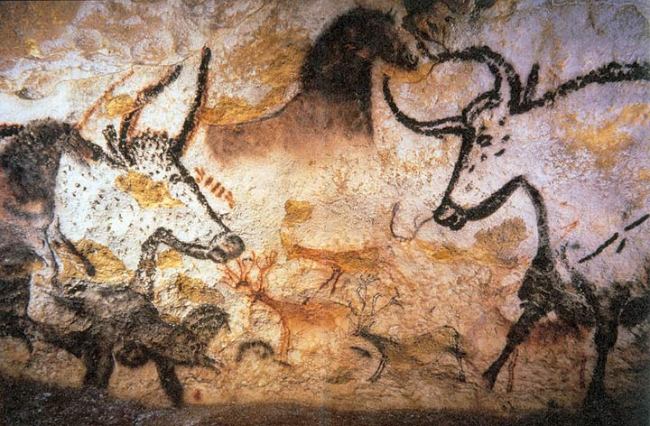 Don’t get me wrong, I like my comforts as much as anybody. I like being able to flip a switch and have the lights come on, or turn a dial to cook something. I’m no survivalist (most of whom really wouldn’t be able to survive long without a lot of the trappings of civilization like guns or forged steel blades, and I doubt most of them would be able to make their own clothes), but is there a tipping point where we will become so pampered that we will become the cattle? So dependent on some unseen source for food and clothing that we don’t even question it? Or have we already passed that point? I’d say here in America there are those for whom that’s true. While I realize there are other places in the world where basic survival is still the goal, our focus (at least here in the Western hemisphere) is on ‘enjoying life.’

So watch out you Eloi – the Morlocks are getting hungry. 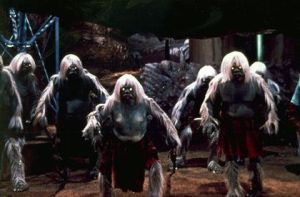 8 thoughts on “Are We Becoming Eloi?”