Portland is having a rare late season snowstorm, which began yesterday. My office manager gave me a lift to the park-n-ride where I leave my car during the day since the buses were running so slowly and conditions were rapidly deteriorating. The wind and blowing snow were rocking my managers SUV. She commented at one point that there didn’t seem to BE any buses. We didn’t see any in the six miles from the office to my car.

The snow was building up rapidly and only in a few spots was the pavement visible. It was pretty amazing for this area that is normally far more temperate and is one of the things the inhabitants love about it. My 12-mile drive from the park-n-ride lot took well over an hour at an average speed of 20mph. Not a snow plow to be seen, I don’t think any of the towns I pass through have any. I know, boohoo. My new-old car did splendidly though, no sliding or spinning tires. The old Mercedes I had was a death trap in snow, which I never understood. You’d think the Germans would have a handle on engineering cars that could handle snow.

I was one of the lucky ones, making it home in roughly an hour and a half from the time I left the office. Many motorists were stuck in gridlock for hours due to accidents, bad road conditions, abandoned cars.

Back at the ranch, we found this on the car: 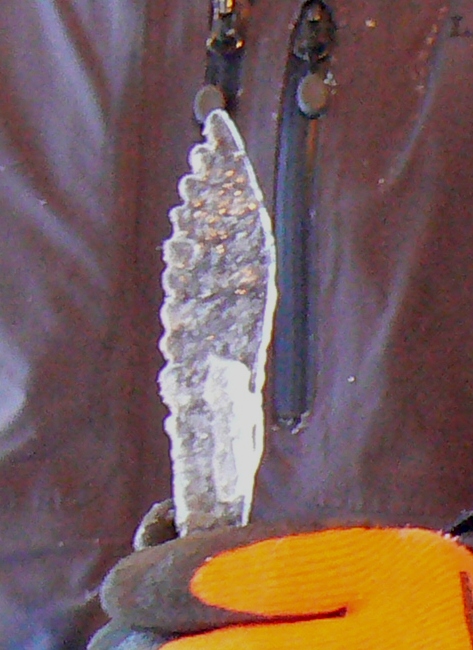 Just a couple more shots of the snow, and then I’m off to write. I have a new idea that’s barely forming for a fantasy story and I want to work it up. 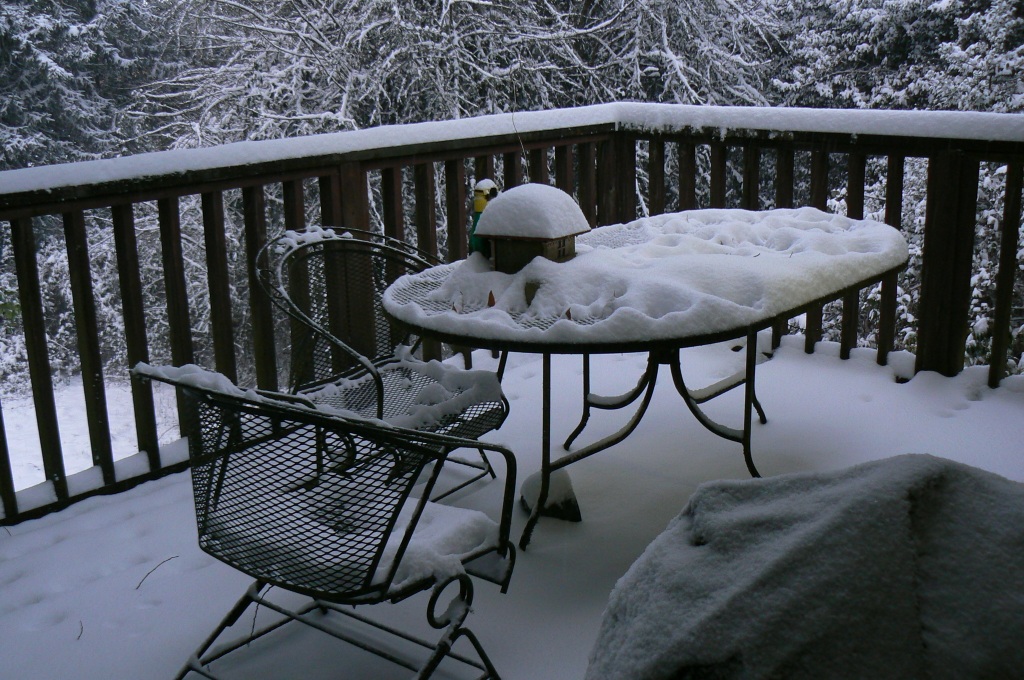 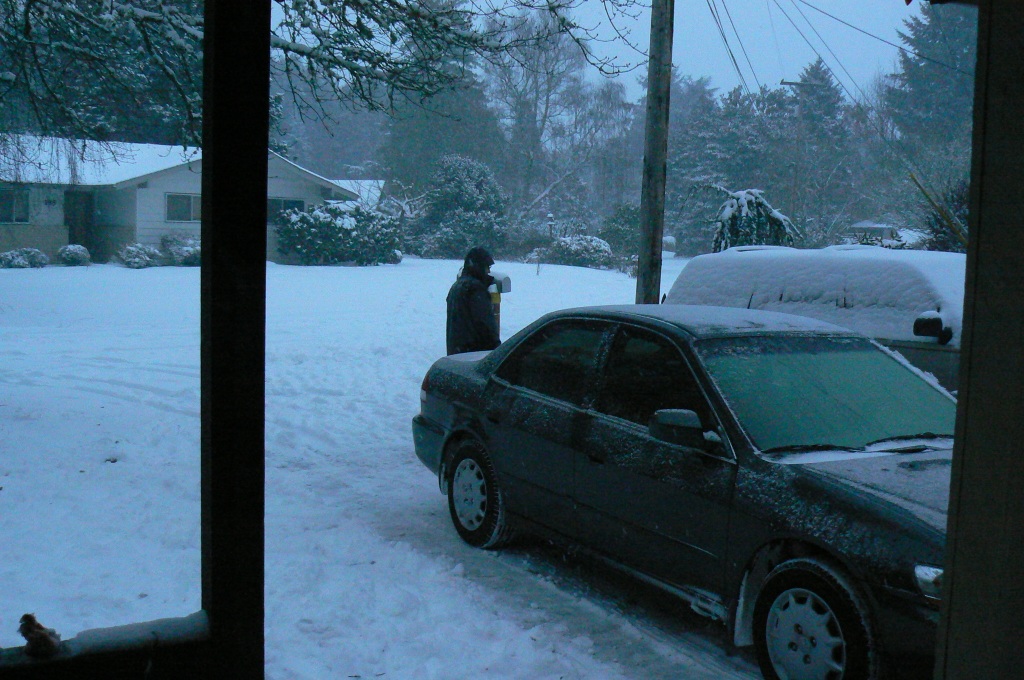 Ok, away I fly to take advantage of the unexpected free time and create worlds of chaos. Metaphors be with you, and all that.